Comparing the Estimation of Internally and Externally Defined Interval Durations 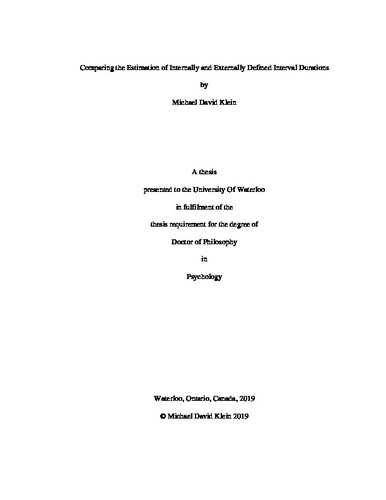