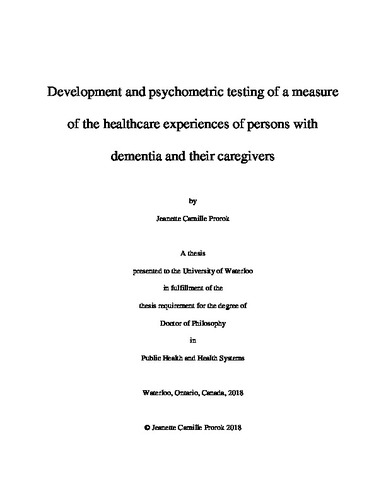 Jeanette Prorok (2018). Development and psychometric testing of a measure of the healthcare experiences of persons with dementia and their caregivers. UWSpace. http://hdl.handle.net/10012/14213