Workplace Gossip, Paranoia, and a Deviance Dilemma: A Warning for Deviance/CWB Research 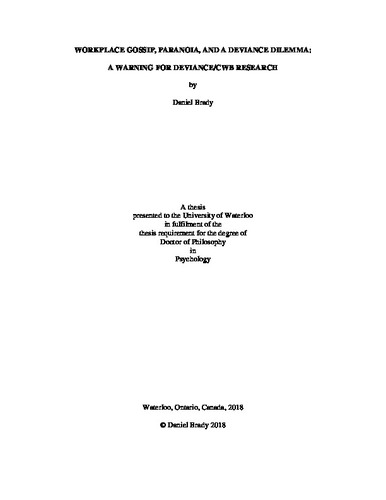