A quasi-experimental study of a mandatory calorie-labelling policy in restaurants: Impact on use of nutrition information among youth and young adults in Canada 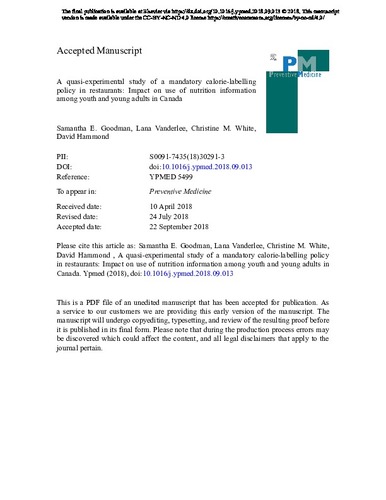