Curating the Cinematic Muse: The Role of Programming in the Film Festival Experience - The 40th Toronto International Film Festival 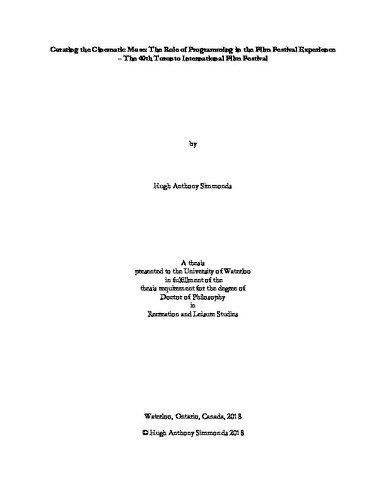