Creating a Public Secondary School Program for a Religious and Cultural Minority: An Innovative Collaboration with Conservative Mennonites, 1996-2012 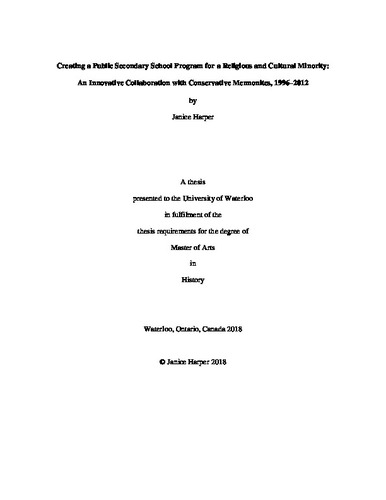