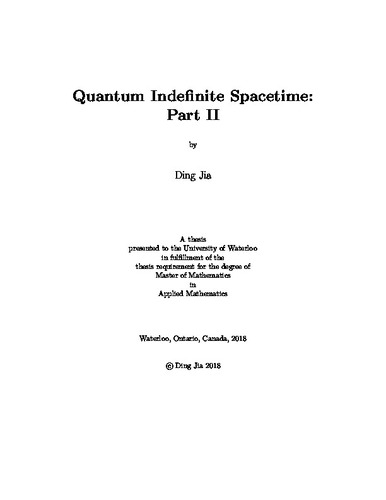 We adopt an operational mode of thinking to study spacetime fluctuations and their impacts on questions of quantum gravity. Particular emphasis is put on studying causal structure fluctuations. The study is guided by the principle of causal neutrality, which says that fundamental concepts and laws of physics should be stated without assuming a definite spacetime causal structure. Most traditional concepts and theories of physics violate this principle. A major theme of this thesis is to upgrade the traditional concepts and theories in accordance with the principle of causal neutrality. Among other things, the thesis include works on the following. (1) An axiomatic derivation of the complex Hilbert space structure of quantum theory without assuming definite causal structure. (2) A so-called causally neutral quantum field theory (CNQFT) framework for algebraic quantum physics allowing indefinite causal structure. (3) A proposal that causal fluctuation regularizes quantum field ultraviolet divergences (UV) and that the UV regularizing correlation functions with causal fluctuations characterize the UV structure of physical states. (4) A study on quantitative measures of causality. (5) A so-called ``correlation networks'' framework to study quantum theory with indefinite causal structure, which generalizes previous frameworks. (6) New definitions of entanglement and entanglement measures that conform to the causal neutrality principle. (7) Ideas on finding a causally neutral analogue of Einstein's equation for quantum spacetime. (8) A simple theorem showing that the communication capacities of general correlations (with definite or indefinite causal structure) defined with respect to state transmission can be reduced to those of channels.