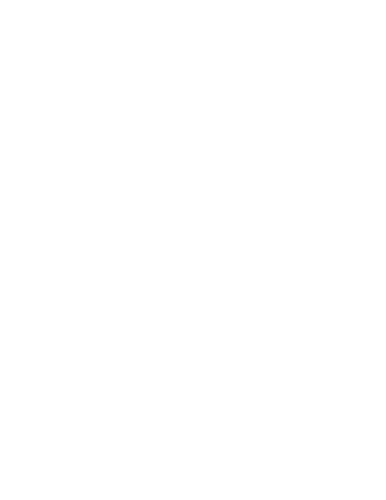 The costs associated with aging reinforced concrete infrastructure in Ontario continue to rise as highway infrastructure, such as bridges, continuously deteriorate. The use of de-icing salts on these bridges in the winter often leads to the corrosion of the reinforcing steel, cracking the concrete and reducing the service life of the structure. To meet a minimum required service life of 75 years for bridge infrastructure, the Ministry of Transportation of Ontario uses stainless steel grades UNS S31653 (316LN) and UNS S31803 (2205) for corrosion resistance [1], [2]. However, with the wide variety of existing stainless steel grades and the continuous development of new grades, the selection of the most appropriate grade of stainless steel for current projects is limited by the time necessary to determine their corrosion resistance under realistic conditions. An experimental project was undertaken to determine, through a rapid screening test, if less costly grades of stainless steel would be competitive with 2205 or 316LN in their corrosion resistance. The relative corrosion resistance of three grades of stainless steel were compared: UNS S24100 (XM-28) and S32304 (2304) with S31803 (2205) as the “control”. The main objectives for this project were as follows: 1) to experimentally assess and evaluate the parameters of the Rapid Screening Test such that recommended parameters can be used to compare the relative corrosion resistance of new and existing grades of stainless steel, and 2) to assess the impact of the parameters on the probability of corrosion for each tested stainless steel grade using statistical analyses. The experimental procedure involved casting stainless steel specimens into concrete with admixed chloride concentrations of 4, 6, or 7.5% by mass of cementitious materials, measuring the open circuit potentials (Ecorr) of the specimens from 24 hours to 48 after casting, and immediately applying an anodic polarization potential of +100, +200, +300, or +400 mV to the specimens for 96 hours after the Ecorr monitoring period. During the applied polarization potential period, corrosion current density (icorr) values were monitored. Corrosion initiation was considered to have occurred if the icorr of a specimen surpassed the proposed pass/fail limit of 0.025 A/m2 for more than 2 hours. All specimens were autopsied at the end of the test and visually examined for any signs of corrosion. The results of the electrochemical testing and the observations made during and after autopsying the bars were found to differ. The detection of corrosion initiation in the electrochemical testing was then changed to reflect the results of the autopsied bars. If any bar had an increase in icorr by at least one order of magnitude, it is considered to have corroded. Logistic regression models were created to model the probability of corrosion in each of the tested grades of stainless steel based on the electrochemical testing and autopsy results. It was determined that increasing the admixed chloride concentration of the concrete has a far more significant impact on the corrosion initiation of the bars than the applied polarization potential. Theoretical critical chloride thresholds of the XM-28, 2304, and 2205 bars directly exposed to admixed chlorides in concrete were estimated to be 7.1%, 7.1%, and 9.4% by mass of cementitious materials, respectively. However, based on the limited pitting corrosion damage observed in the photomicrographs, it is believed that 2304 has a higher chloride threshold than XM-28. The threshold values of the 2304 and 2205 specimens may not be accurately estimated due to the imbalanced number of corroded versus non-corroded specimens for each of these grades. Based on the experimental and analytical results, 7.5% admixed chlorides by mass of cementitious and an applied polarization potential of +300 mV are the recommended parameters for the Rapid Screening Test. The proposed relative ranking of stainless steel specimens is based on the number of corroded specimens, the order of magnitude of the corrosion rates experienced by the specimens, and the severity of the pitting corrosion observed on the specimens. The ranking of the relative corrosion performance of the stainless steel grades tested in the Rapid Screening Test is as follows, in order of the most to least resistant: 2205, 2304, and XM-28. Based on the results of this test, it is recommended that 2304 would be a suitable alternative to 2205 as corrosion resistant reinforcing bars in concrete highway structures. It should be noted that chloride concentrations in excess of 5% by mass of cementitious material in concrete highway structures have not been reported in the available literature to date.

Peter Loudfoot (2018). The Adaption of a Rapid Screening Test to Rank the Corrosion Behaviour of Stainless Steel Reinforcing Bars in Concrete. UWSpace. http://hdl.handle.net/10012/13627