Polymer Based Nanocomposites as Multifunctional Structure for Space Radiation Shielding: A Study of Nanomaterial Fabrications and Evaluations 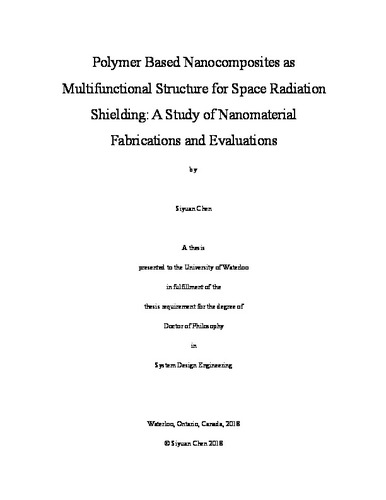