The Religious, Spiritual, Secular and Social Landscapes of the Pacific Northwest – Part 2 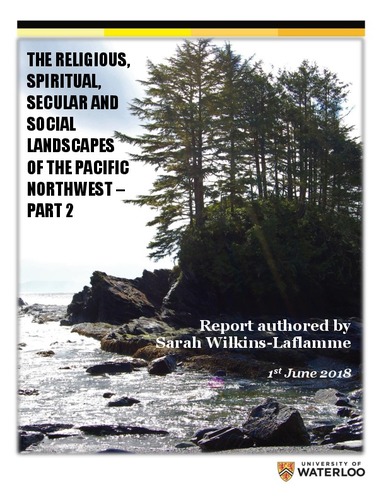 This report stems from the SSHRC funded research project Religion, Spirituality, Secularity and Society in the Pacific Northwest, led by principal investigator Paul Bramadat, Director of the Centre for Studies in Religion and Society at the University of Victoria. Other major partner universities involved in the project include Trinity Western University and the University of Waterloo. Dr. Wilkins-Laflamme conducted statistical analyses with data collected in the fall of 2017 from the Pacific Northwest Social Survey in British Columbia and the U.S. states of Washington and Oregon. The results in this report from these statistical analyses address key topics of the research project, including the current religious, spiritual and non-religious landscapes of the Pacific Northwest, religious and spiritual identification among Indigenous people in the region, friendship networks and homophily, inclusivity for minorities and faith groups, as well as social issues such as environmentalism and the distinctiveness of Pacific Northwest society.