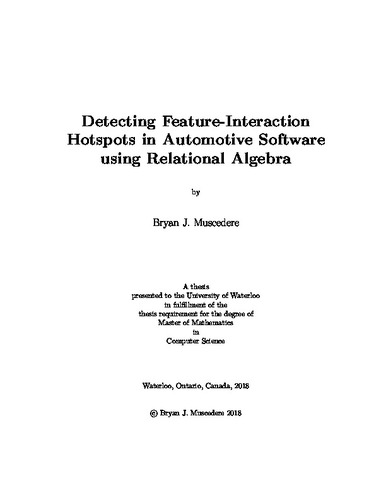 Modern software projects are programmed by multiple teams, consist of millions of lines of code, and are split into separate components that, during runtime, may not be contained in the same process. Due to these complexities, software defects are a common reality; defects cost the global economy over a trillion dollars each year. One area where developing safe software is crucial is the automotive domain. As the typical modern vehicle consists of over 100 million lines of code and is responsible for controlling vehicle motion through advanced driver-assistance systems (ADAS), there is a potential for these systems to malfunction in catastrophic ways. Due to this risk, automotive software needs to be inspected to verify that it is safe. The problem is that it can be difficult to carry out this detection in code; manual analysis does not scale well, search tools like grep have no contextual awareness of code, and although code reviews can be effective, they cannot target the entire codebase properly. Furthermore, automotive systems are comprised of numerous, communicating features that can possibly interact in unexpected or undefined ways. This thesis addresses this problem through the development of a static-analysis methodology that detects custom interaction patterns coined as hotspots. We identify several classes of automotive hotspots that describe patterns in automotive software that have the possibility of manifesting as a feature interaction. To detect these hotspots, this methodology employs a static, relational analysis toolchain that create a queryable model from source code and enable engineer defined queries to be run on the model that aim to reveal potential hotspots in the underlying source code. The purpose of this methodology is not to detect bugs with surety but work towards an analysis methodology that can scale to automotive software systems. We test this hotspot detection methodology through a case study conducted on the Autonomoose autonomous driving platform. In it, we generate a model of the entire Autonomoose codebase and run relational algebra queries on the model. Each script in the case study detects a type of hotspot we identify in this thesis. The results of each query are presented.