Goal-setting and unethical behavior: The journey toward the goal matters 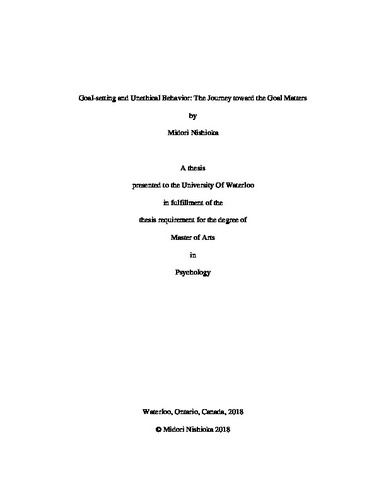