Statistical methods for incomplete data: Some results on model misspecification 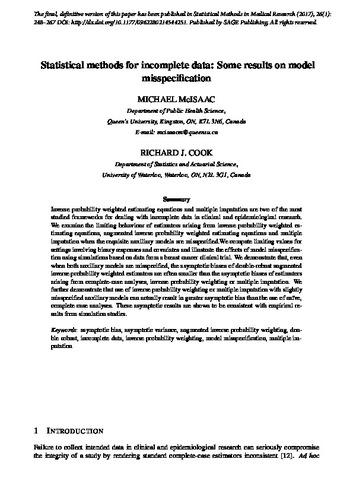