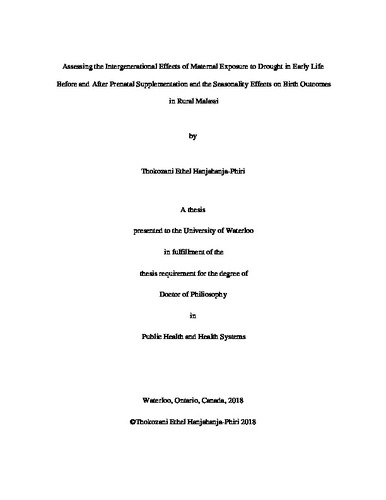 Thokozani Hanjahanja-Phiri (2018). Assessing the Intergenerational Effects of Maternal Exposure to Drought in Early Life Before and After Prenatal Supplementation and the Seasonality Effects on Birth Outcomes in Rural Malawi. UWSpace. http://hdl.handle.net/10012/12892