Dynamics of Quantum Information of the Central Spin Problem 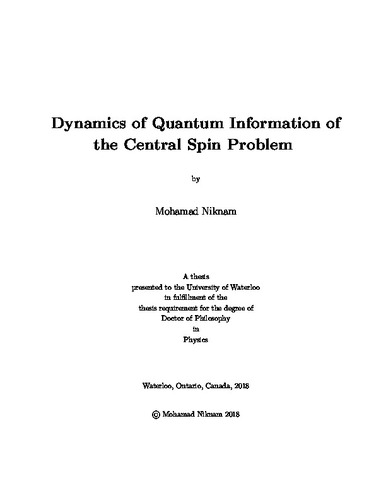