Examining the impact of a restrictive retail food environment intervention on pharmacy sales over time in Baddeck, Nova Scotia 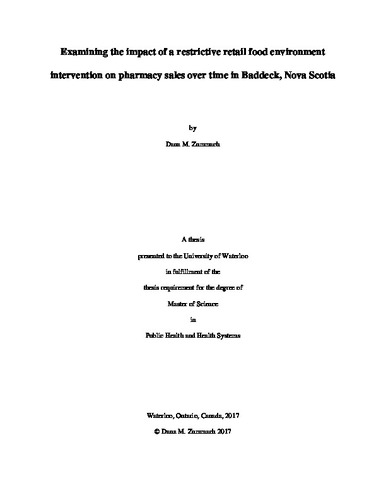