Cellular changes at the lid margin 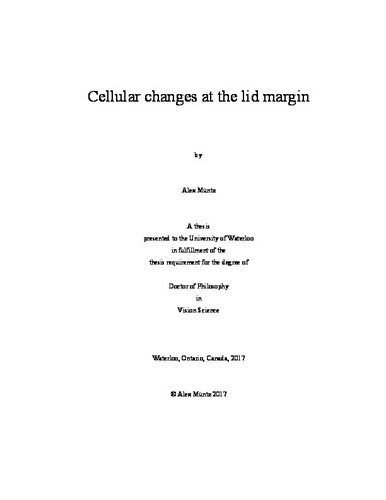