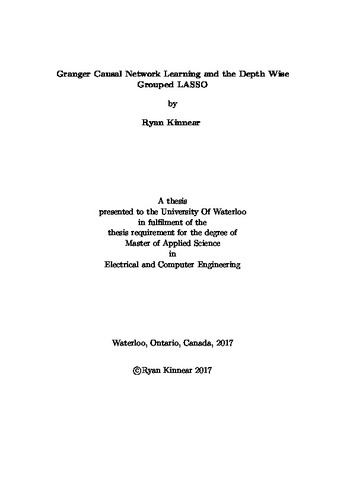 In this thesis we study the notion of Granger-causality, a statistical concept originally developed to estimate causal effects in econometrics. First, we suggest a more general notion of Granger-causality in which to frame the proceeding practical developments. And second, we derive a proximal optimization algorithm to fit large and sparse vector autoregressive models, a task closely connected to the estimation Granger-causality amongst jointly wide sense stationary process. Experimental results from our so called “Depth Wise Grouped LASSO” convex program are obtained for both simulated data, as well as Canadian meteorology data. We conclude by discussing some applications and by suggesting future research questions.