The carbon and nitrogen composition of suspended particulate matter in Lake Erie, selected tributaries, and its outflow 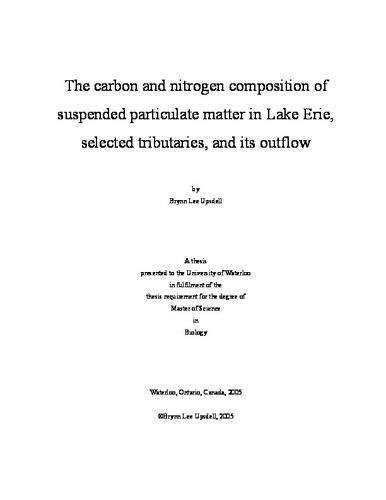