Self-regulation in romantic relationships: The moderating effect of agreeableness on self-esteem and risk regulation 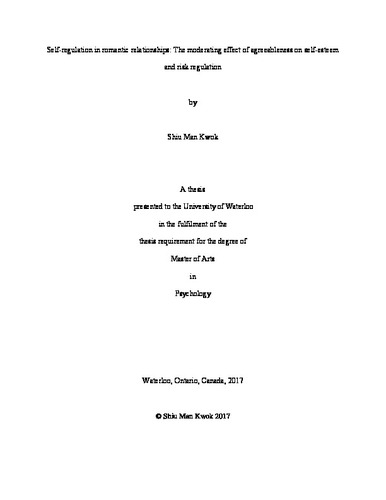 This is the most updated version with the revisions incorporated. Thank you very much! (781.4Kb)