Development of RTgutGC as a Tool for Fish Feed Development 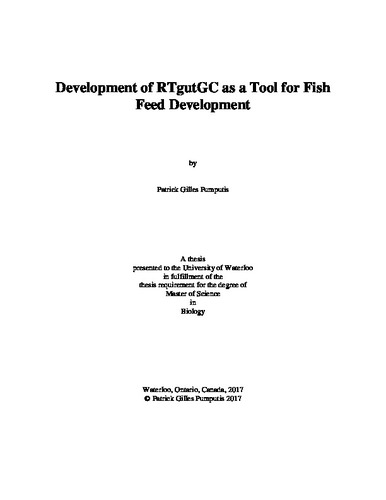