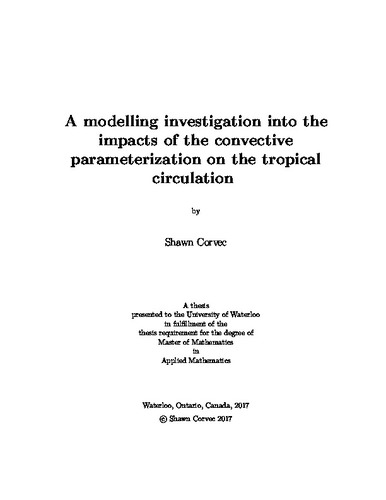 Shawn Corvec (2017). A modelling investigation into the impacts of the convective parameterization on the tropical circulation. UWSpace. http://hdl.handle.net/10012/12141