Perturbations to nutrient and carbon cycles by river damming 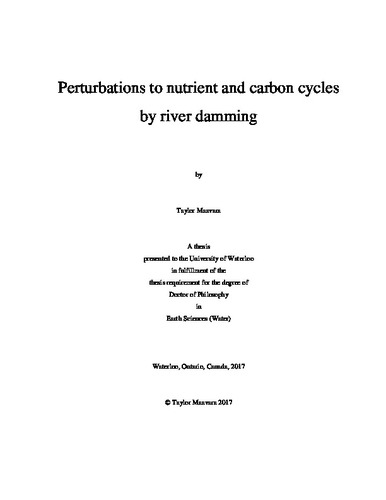