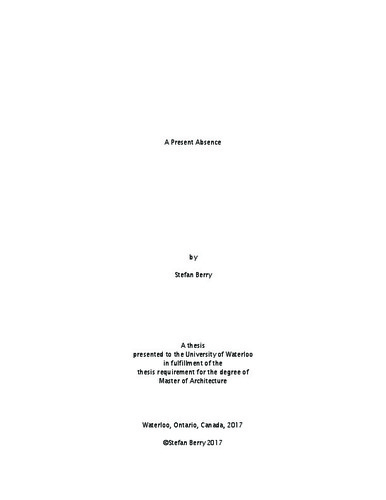 For the last ten years I have travelled with my camera out on the roads of the Canadian prairies, usually for a few days at a time, up and down stretches of highways, grids, and back roads, stopping to investigate whatever I could find. My interest in the landscape grew from forgotten spaces that lay dormant in the land. There is something exciting about being in unfamiliar areas and stepping into once-inhabited locations. The absence of people, and the marks they leave behind, lend to the allure of these places. This thesis moves through a series of territories follow- ing the increase, and subsequent decline, of the population on the rural prairies. Silent rail networks, trails, domestic and utilitarian structures — as well natural landmarks — contain the presence of those who were once there. Photographic documentation and field research maps the spatial endeavours that shaped the prairie landscape as the place it is today.