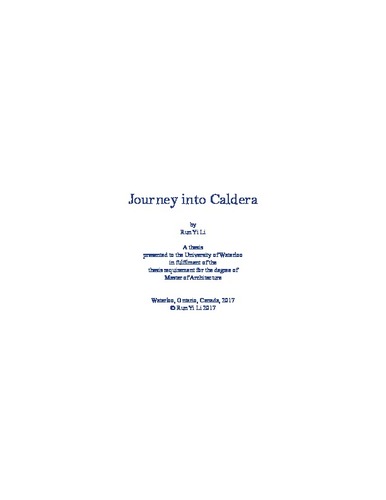 There is a dormant volcano in the northern province of Jilin, China, called the Baekdu/Chang Bai Mountain. At the top of this 2,744 m mountain is a large caldera filled with water, named “Heaven Lake”. Geologically, this caldera straddles China and North Korea, split by the man-made border. As a sacred mountain to both people, there have always been ongoing cultural and political disputes surrounding the site. Despite the tentative agreement between the two governments, their people refute each other’s historical claims, declaring the mountain as their own. As one born not 5 hours from this caldera with both heritages, I have experienced first hand this issue of identity. Originating from China, shibori is the ancient Japanese method of dying textiles. It is the union of two elements, the indigo dye and the resistance of the fabric, swirling in a steaming bath, transforming into an entirely new character. Through hours and days of folding, knotting, and wrapping, the shibori maker works in tandem with the nature of the fabric to create a unique and beautiful piece every time. The symbiotic nature of this ancient art offers a new perspective to the ongoing territorial conflict. Impacted by the trip to the mountain, and inspired by the methods of shibori, the thesis choreographs a journey into caldera. As an inspiration, Shibori is the possibility that two opposing forces, the relentless indigo dye and the resisting white fabric, can unite to emerge as a new identity. Transcribing the caldera as a physical manifestation of this unity between two cultures, the thesis proposes an intervention on this highly contested pilgrimage site. It does not offer a definitive solution to the political conflict around Baekdu/Changbai, but rather examines the lines of connections between the shibori and the caldera through architecture as a platform that promotes a harmonious existence of two forces.