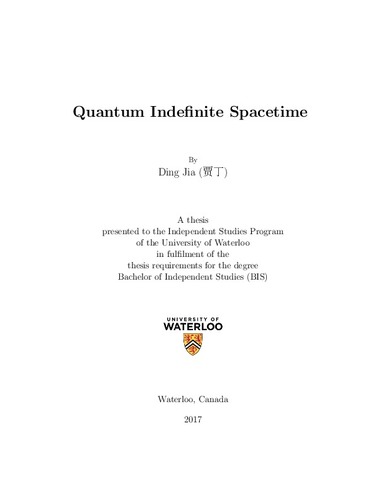 We combine the principle of superposition from quantum theory and the principle of dynamical causal structure from general relativity to attack fundamental questions in quantum gravity. We generalize the concept of entanglement to parties whose causal relation is quantum indefinite. The generalized notion of entanglement gives meaning to timelike and more generally spacetime entanglement in quantum theory both with and without indefinite causal structure. Using this generalization, we identify quantum gravitational uctuations of causal structure as a possible mechanism that regularizes the otherwise divergent entanglement. We give the name "quantum indefinite spacetime" to the model of spacetime incorporating quantum gravitational causal uctuations. Quantum indefinite spacetime sheds new light on black hole information problem as we argue that quantum gravitational causal uctuations allow positive information communication capacity to the outside of the black holes. The new generalized notion of entanglement offers additional support from the black hole thermodynamics perspective. Towards the end of the thesis we make a preliminary proposal that the quantum uctuating entanglement regularization may explain the apparent accelerated expansion of the universe without introducing dark energy or cosmological constant. All these results and proposals are obtained on the basis of jointly applying quantum and general relativistic principles, but without making tentative postulates about the microscopic degrees of freedom of quantum spacetime. We hope to convey the message that this more conservative approach can offer firrm answers to several questions in quantum gravity. Moreover, other approaches to quantum gravity should incorporate features of quantum indefinite spacetime if they assume the same principles.