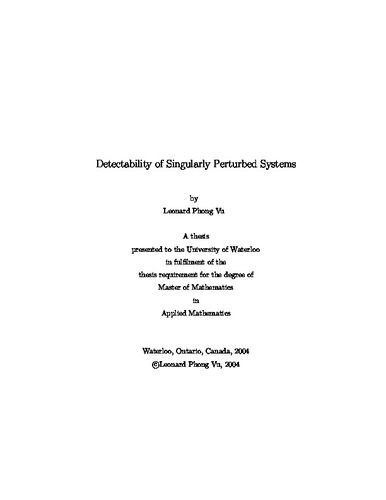 A form of detectability, known as the input-output-to-state stability property, for singularly perturbed systems is examined in this work. This work extends the result of a paper by Christofides & Teel wherein they presented a notion of total stability for input-to-state stability with respect to singular perturbations. Analyzing singularly perturbed systems with outputs we show that if the boundary layer system is uniformly globally asymptotically stable and the reduced system is input-output-to-state stable with respect to disturbances, then these properties continue to hold, up to an arbitrarily small offset, for initial conditions in an arbitrarily large compact set and sufficiently small singular perturbation parameter over the time interval for which disturbances, their derivatives, and outputs remain in an arbitrarily large compact set. An application of the result is presented where we analyze the stability of a circuit with a nonlinear element through the measurement of only one of the variables of interest.