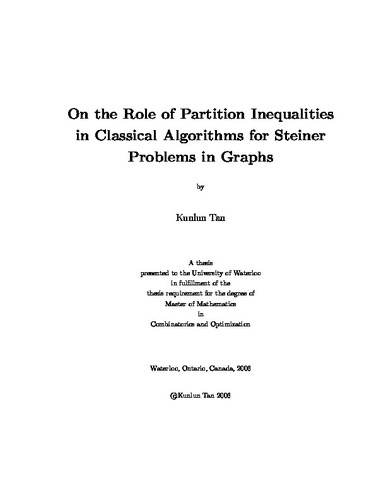 Kunlun Tan (2006). On the Role of Partition Inequalities in Classical Algorithms for Steiner Problems in Graphs. UWSpace. http://hdl.handle.net/10012/1123