Modified Texture Diet and Long Term Care: A Secondary Data Analysis of Making the Most of Mealtimes (M3) Project 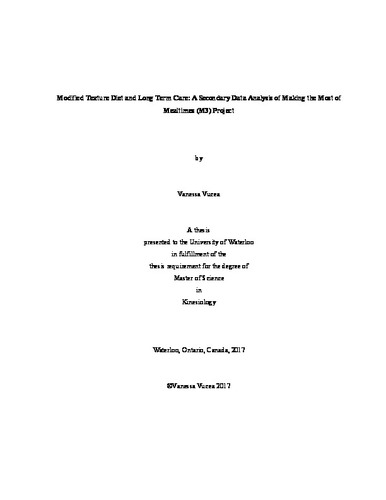