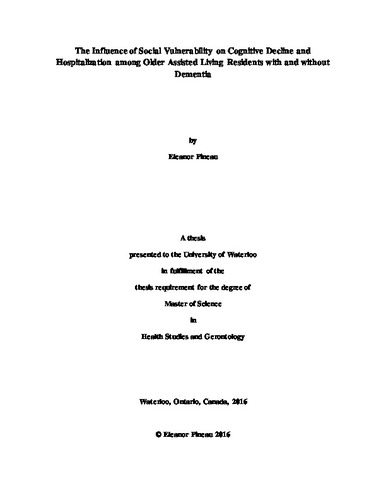 Eleanor Pineau (2016). The influence of social vulnerability on cognitive decline and hospitalization among older assisted living residents with and without dementia. UWSpace. http://hdl.handle.net/10012/10996