Canada, Great Britain, and the Ukrainian Famine: Failing to Respond to a Humanitarian Crisis, 1932-33 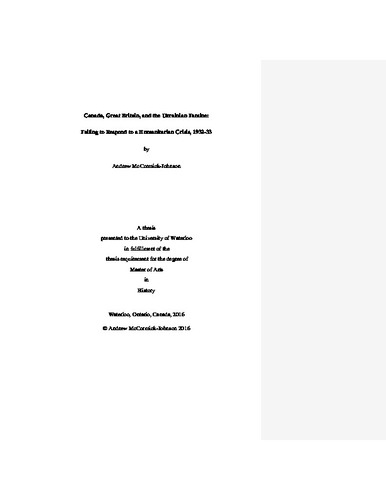