Examining the role of caspase-2 in skeletal muscle cell differentiation 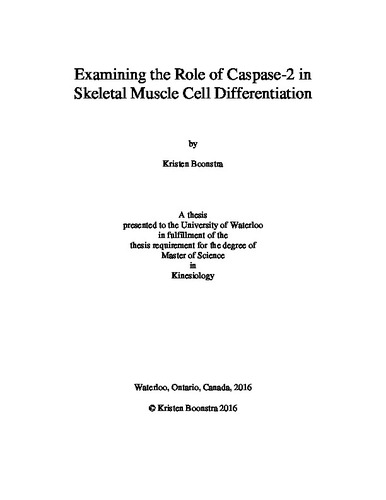