The Nitrogen Legacy: Understanding Time Lags in Catchment Response as a Function of Hydrologic and Biogeochemical Controls 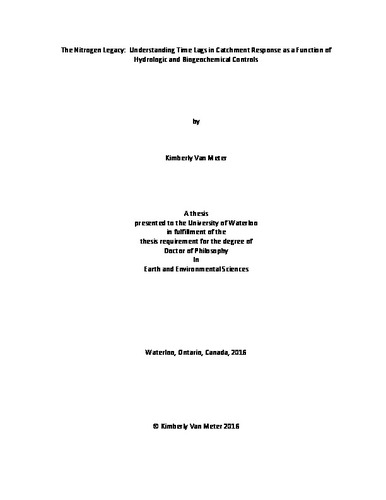