The Acute Effect of Exercise Intensity on Cognitive Function 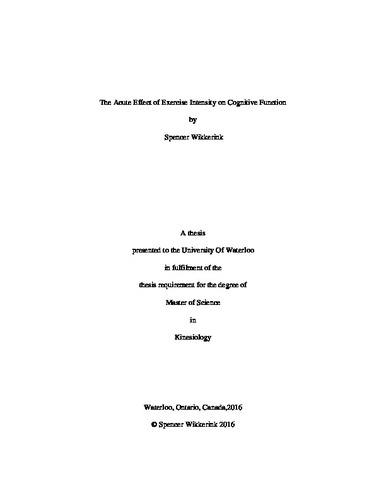