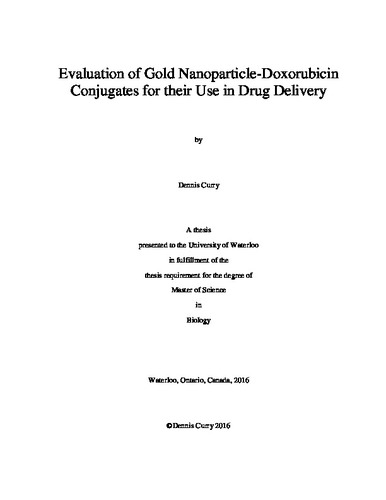 Since the seminal work on spherical nucleic acids (SNAs) by Mirkin and co-workers in 1996, substantial research investment has been devoted to gold nanoparticle (AuNP)-based biotechnology advancement. AuNPs have several unique attributes, making them ideal for a wide variety of applications ranging from medicinal diagnostics and cancer therapy to environmental and chemical sensing. First, AuNPs are known to exhibit high surface area-to- volume ratios leading to rapid reaction kinetics and enhanced drug and polymer loading capabilities. Additionally, gold nanoparticles offer a high degree of biocompatibility, controllable synthesis, and near covalent-strength interactions with thiolated molecules. Moreover, gold nanomaterials embody fascinating and unique optical properties derived from the interaction between surface electrons and electromagnetic radiation. By tuning the nanoparticle shape, size and ligand density, these optical properties can be altered, leading to an impressive diversity of technological and medicinal applications. Doxorubicin is an effective chemotherapeutic used to treat a variety of cancers including solid masses and leukemia. Clinically, its mechanism of action involves the intercalation of double-stranded DNA and the inhibition of important cellular replication enzymes. Typically, doxorubicin is administered in liposomal forms in order to mitigate the harsh cardiotoxicity associated with its use. Despite advances in this field, many side effects still exist and innovative delivery mechanisms remain highly desirable. Drug delivery studies employing doxorubicin often rely on the molecule’s fluorescent region for effective quantification, despite previously-reported issues related to non-specific adsorption of the drug molecule to container surfaces. Here, several research questions related to AuNPs and doxorubicin are addressed. First, the extent to which doxorubicin non-specifically adsorbs to plastic vessels in drug delivery studies is examined and a simple blocking technique using trace amounts of polyethylene glycol is reported and systematically characterized. Through the inclusion of trace amounts of polyethylene glycol in fluorescence measurement buffer, quantitative errors can be inhibited, ensuring accurate drug loading for downstream experimental application. Second, the chemical adsorption mechanism between doxorubicin and AuNPs is systematically studied. Traditionally, the interaction was believed to be dominated by an electrostatic attraction between the protonated moiety of the drug and the negatively-charged citrate-capping agent coating the nanoparticle surface. Here, that theory is challenged upon the proposal of a multifaceted adsorption process, whereby coordination and cation-π-based interactions between the drug and nanoparticle are dominant. The investigations described above help to advance the fields of nanotechnology and drug delivery by first providing a robust doxorubicin quantification method and second by providing insights into the chemical nature of doxorubicin-gold conjugates. Together, these discoveries may influence future drug delivery research studies that utilize both doxorubicin and gold nanomaterials.

Dennis Curry (2016). Evaluation of Gold Nanoparticle-Doxorubicin Conjugates for their Use in Drug Delivery. UWSpace. http://hdl.handle.net/10012/10675