Exploring Socio-Economic and Built-Environment Determinants of Alcohol Expenditure for the City of Toronto: A Spatial Analysis Approach 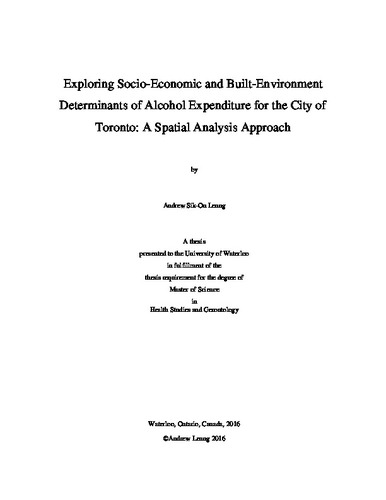 Revised - Completed Thesis with all Figures, Tables and Appendices (22.52Mb)