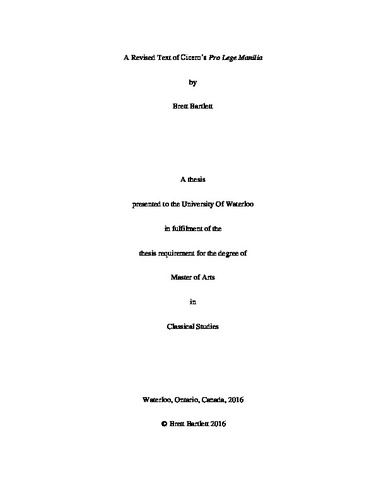 This thesis proposes a newer edition of the critical text of Cicero's Pro Lege Manilia to build on the 1905 Oxford edition by Clark which is still the most popular in English scholarship. Much of the text and its methodological approach are derived from Reis' later 1933 Teubner edition. The study synthesizes these earlier editions with the prosopographical and philological scholarship that has been published since, including a highly controversial view that Mendner most recently asserted (1966) that an extended passage of the text is an interpolation.