Desalination of high-salinity water by membranes 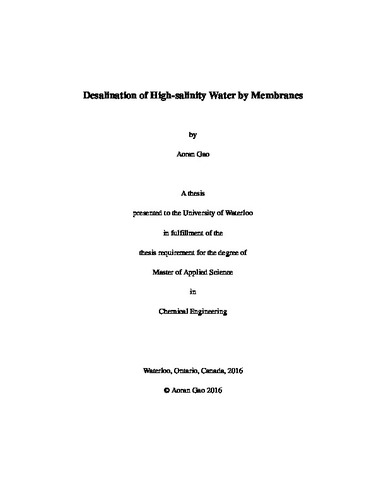