Beyond the emotional impact of dissonance: Inharmonic music elicits greater cognitive interference than does harmonic music 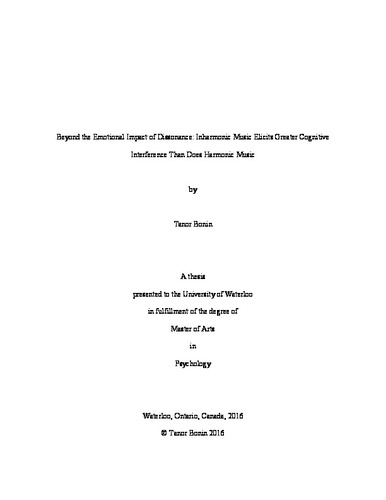