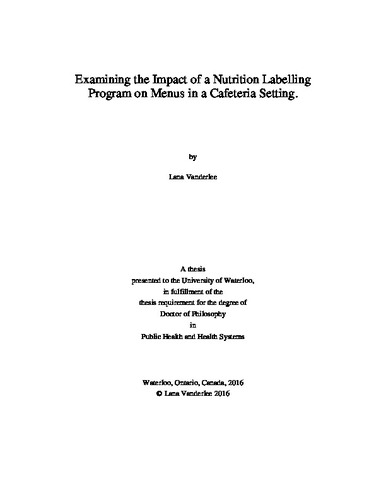 Lana Vanderlee (2016). Examining the Impact of a Nutrition Labelling Program on Menus in a Cafeteria Setting. UWSpace. http://hdl.handle.net/10012/10401