Factors influencing the occurrence of energy wellbore leakage in Alberta 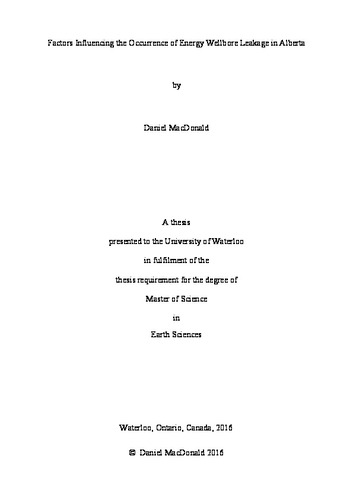