The Role of Psychological Distance in Forgiveness 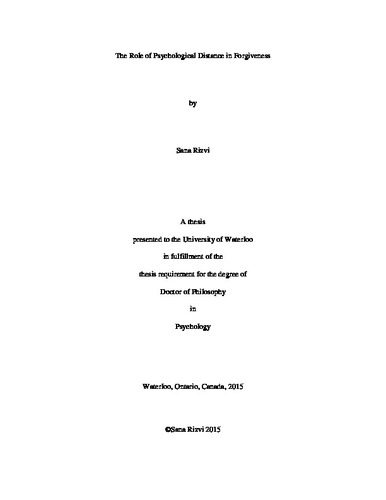