The Role of Phospholamban and Sarcolipin in Skeletal Muscle Disease 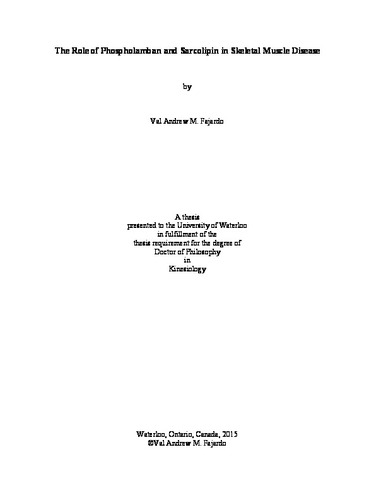