Semantic Distance in WordNet: A Simplified and Improved Measure of Semantic Relatedness 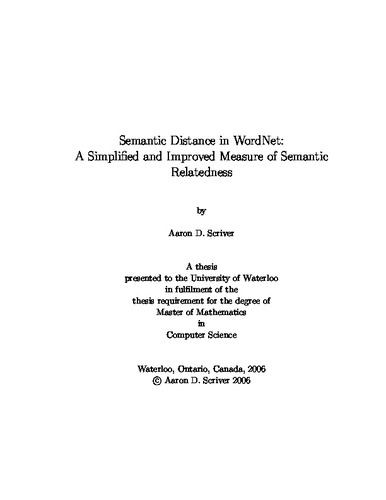