Fatigue at the Workplace: Measurement and Temporal Development 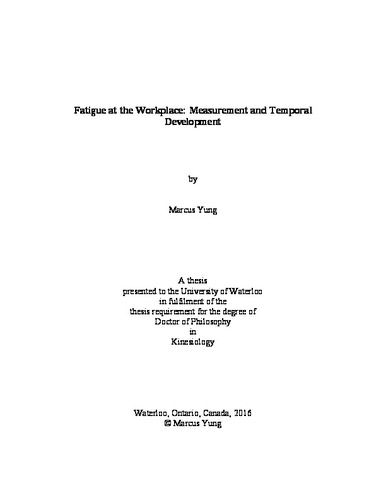