The Determinants of Reaction Times: Influence of Stimulus Intensity 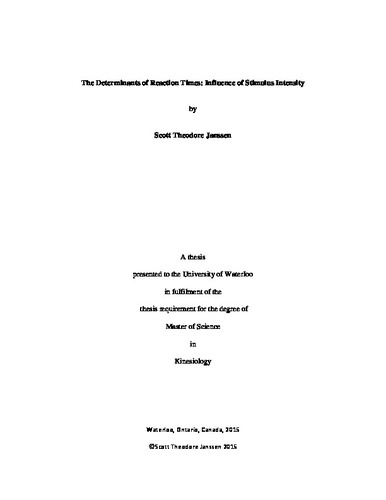