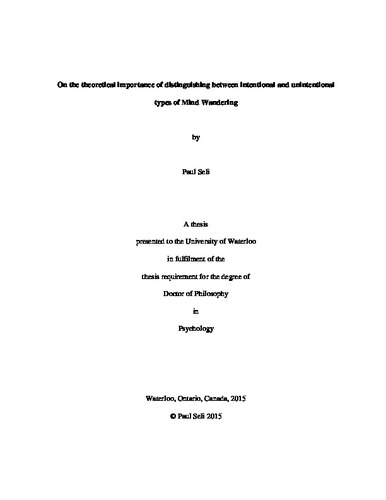 Paul Seli (2015). On the theoretical importance of distinguishing between intentional and unintentional types of Mind Wandering. UWSpace. http://hdl.handle.net/10012/9478