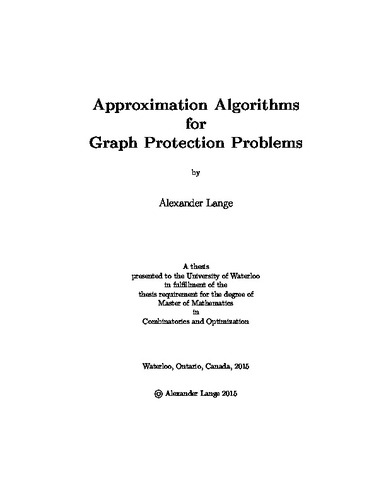 We study a budgeted cut problem known as Graph Protection, where the goal is to remove edges of a given graph in order to protect valuable nodes from stochastic, infectious threats. This problem was recently proposed by Shmoys and Spencer to model challenges associated with wildfire prevention when resources are limited and only probabilistic data of ignition location is known. The input consists of a graph with node values and edge costs, a budget, and probabilistic data signifying the likelihood a set of nodes will ignite; the goal is to remove a set of edges with total cost at most the budget so as to maximize the expected protected value unreachable from these stochastic ignition scenarios. Our focus is on the design of approximation algorithms for Graph Protection when an ignition scenario can contain an arbitrary number of nodes, a setting mostly left open in the literature. Our main positive result is the design of constant-factor approximation algorithms for Graph Protection when the input graph is a tree and each node has an independent chance of being an ignition point. We also show that in the general case when ignition probabilities are defined by a distribution over subsets of nodes, the problem becomes at least as hard as the Densest k-Subgraph problem and thus, such an approximation algorithm is unlikely to exist.