THE ROLE OF CYTOSOLIC CALCIUM IN POTENTIATION OF MOUSE LUMBRICAL MUSCLE 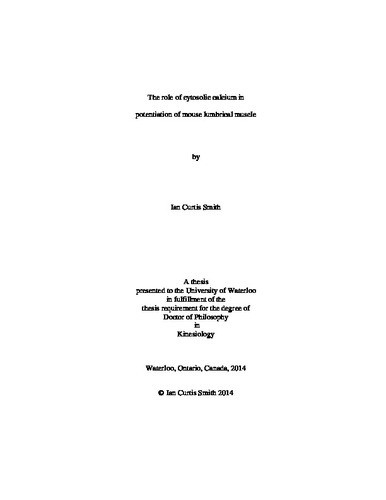