Emotional and Social Developmental Benefits of Summer Camp for Children: Examining the relationship between social capital and emotional intelligence 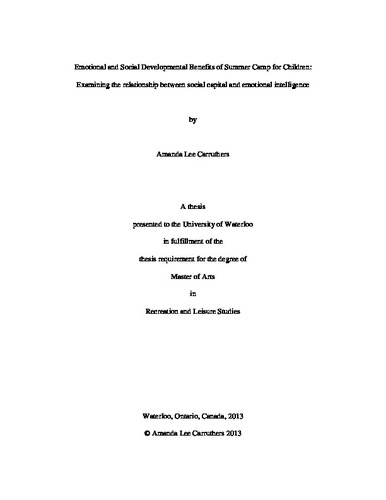